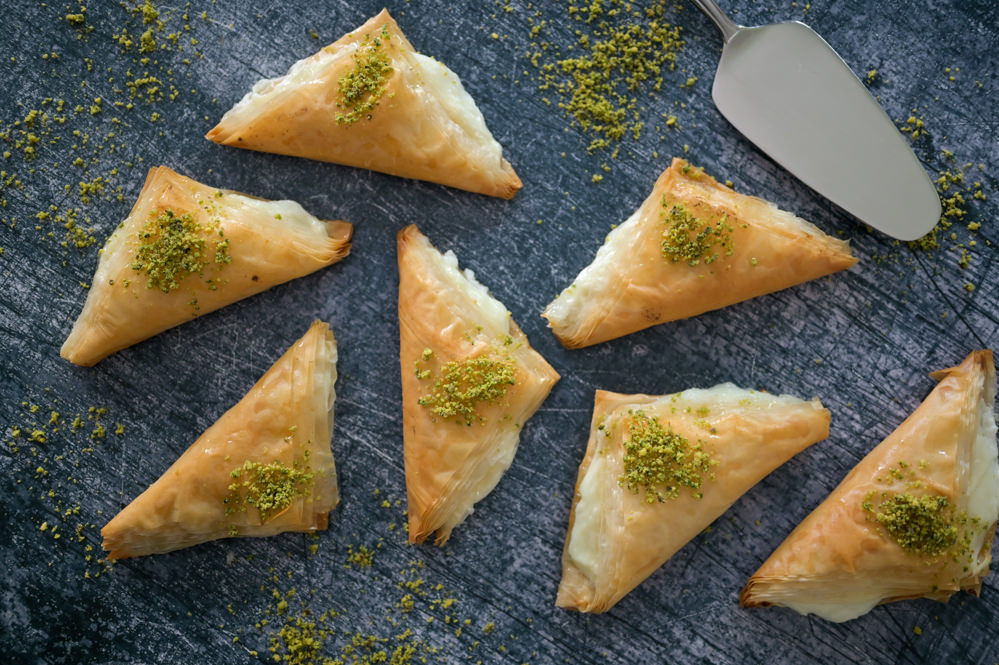 Layers of buttery, flakey phyllo dough are stuffed with a sweet homemade ashta and drizzled with a rose-water syrup for an incredible Middle-Eastern dessert known as Shaabiyat.

Shaabiyat, also known as Warbat in some countries, are a delicious dessert popular throughout the Middle-East.  Shaabiyat are comparable to baklava because the pastry dough used is phyllo dough and is also brushed with butter for ultimate crispiness. Also, they are topped with a sweet syrup straight out of the oven just like baklava. The main difference between shaabiyat and baklava is the sweet cheese filling in shaabiyat. Commonly enjoyed during Ramadan, shaabiyat are the perfect post-iftar treat to end your day of fasting.

While this dessert may look intricate with all the layers of phyllo and the homemade ashta, I promise you shaabiyat are actually easy to make. The filling is a sweet cheese known as ashta in Arabic. It is the same filling in my znoud el sit recipe. 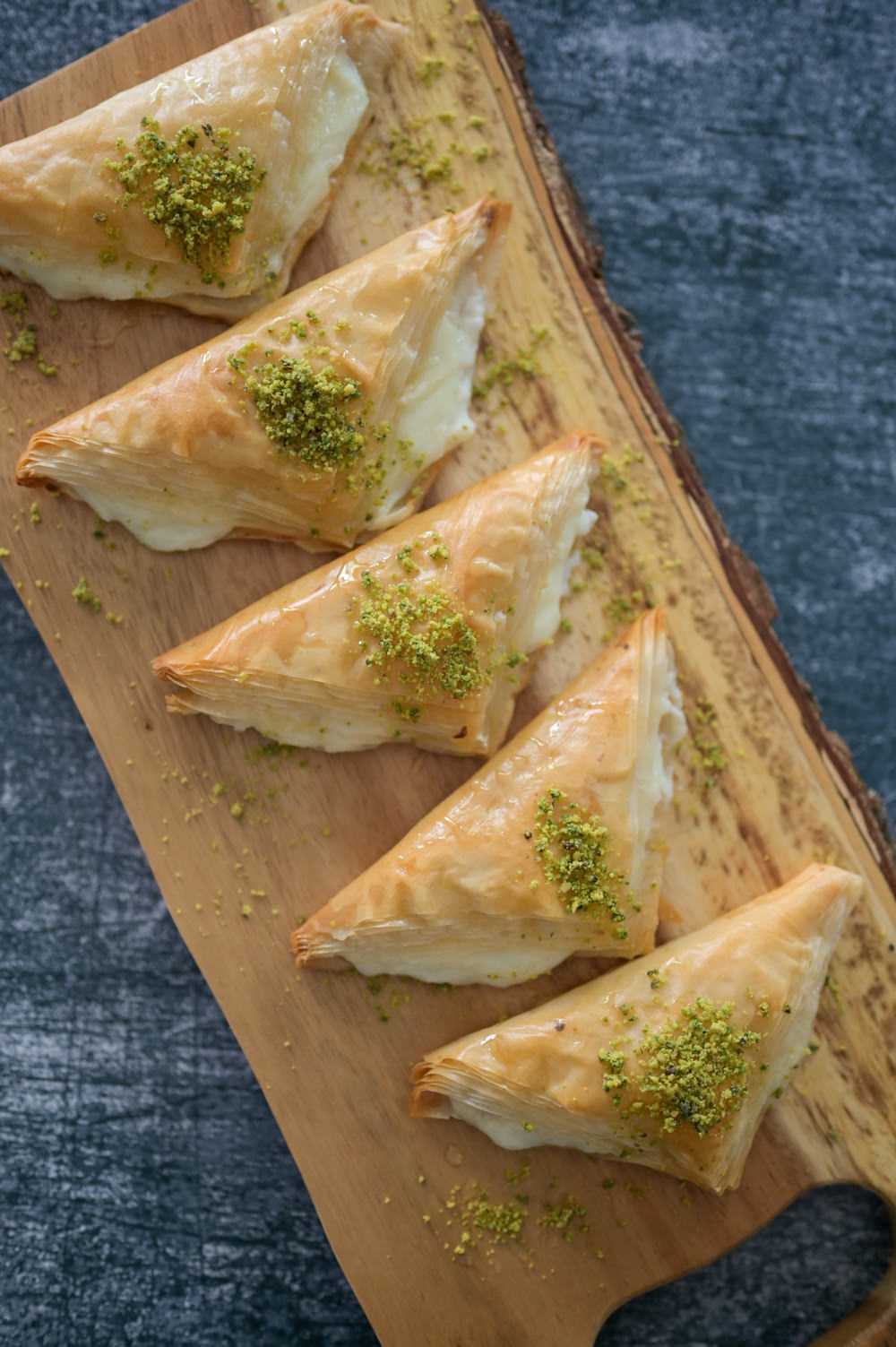 To make this ashta, you combine heavy cream, whole milk, sugar and cornstarch and whisk together over medium heat until thickened. Once thickened, the ashta is flavored with some rose water and orange blossom water. At this point, the ashta may not seem thick enough to stuff into phyllo but, it will thicken more once fully cooled in the refrigerator.

How to work with Phyllo dough

Phyllo (or Filo) is a very thin unleavened dough used in pastries. It is most popularly known for use in baklava. Phyllo is typically sold in the freezer section at most grocery stores with puff pastry dough. It comes with all the layers on top of one another and rolled up. The dough is very thin so, you have to be gentle when working with it to prevent any rips. 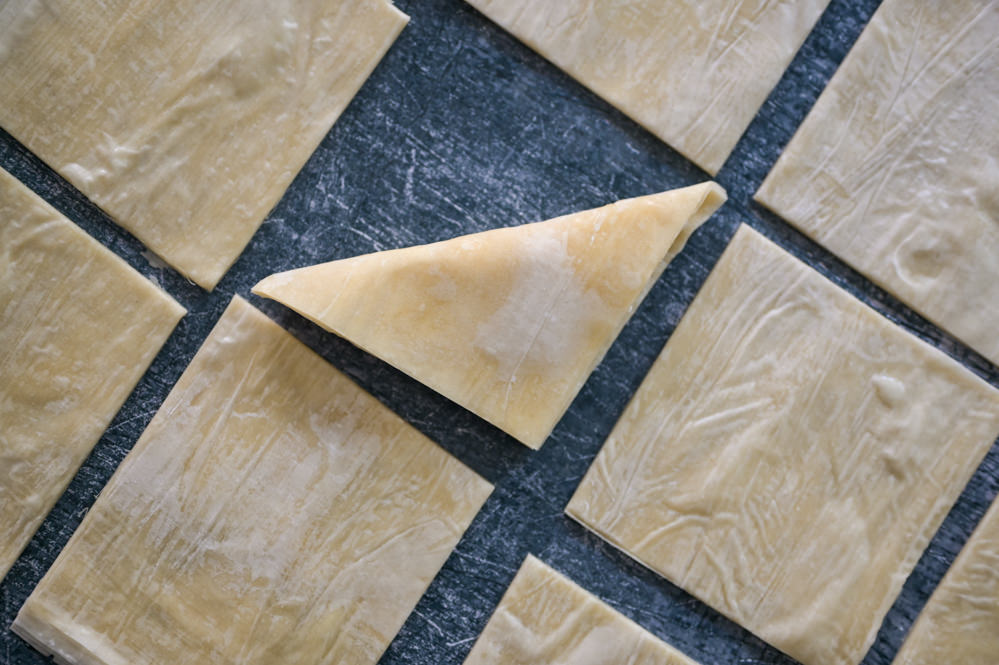 To make the shaabiyat, begin by unrolling the phyllo dough. For this recipe, we are using eight ounces which is half the box. I set aside half to use and the other half, I rerolled and placed in an air-tight baggie to refreeze. Similar to when making baklava, you want to use a pastry brush to brush each layer of phyllo with butter. I love to use unsalted butter (that has been melted), but ghee can also be used or a combination of butter and vegetable shortening. After brushing the first layer with butter, place another sheet of phyllo on top, and repeat until you have used all the sheets (about 12 sheets).

The buttered phyllo has to be cut into squares to be able to fold them in half into little triangles. I used a measuring tape to measure my phyllo to get exact 4-inch squares without having to waste any excess dough. The remaining steps are to just cut the dough into squares, fill with ashta, fold diagonally, and bake! For the last step, you want to pour rose-water syrup over the baked shaabiyat. I have an easy detailed recipe on how to make the attar (rose-water syrup). I used about 1/3 cup of attar to keep it on the lighter side, but feel free to use more or less.

Prepare the ashta by combining the heavy cream, whole milk, sugar, and cornstarch in a small pot. 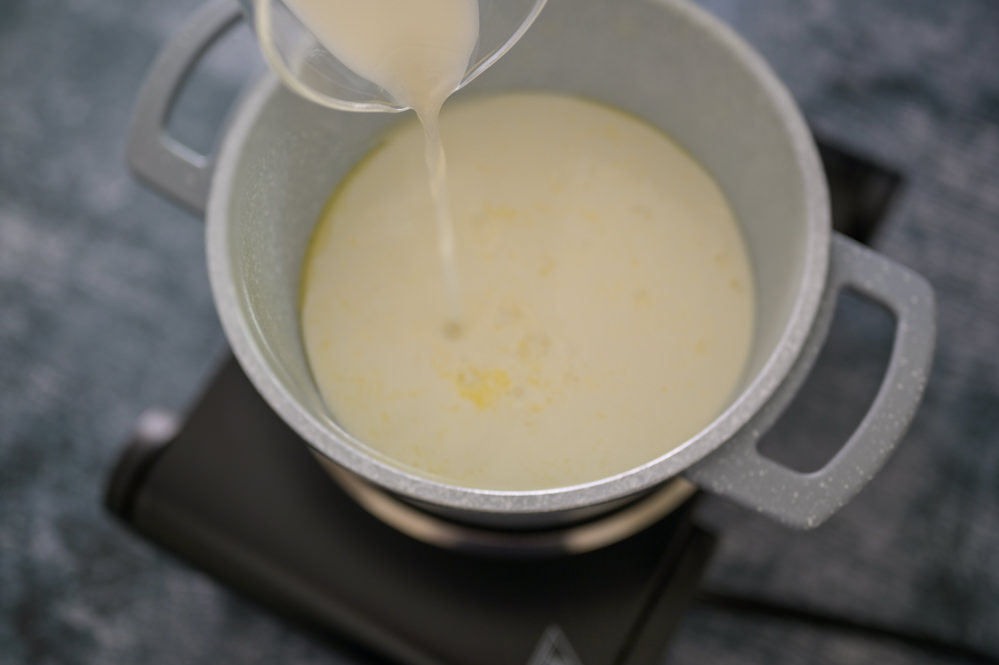 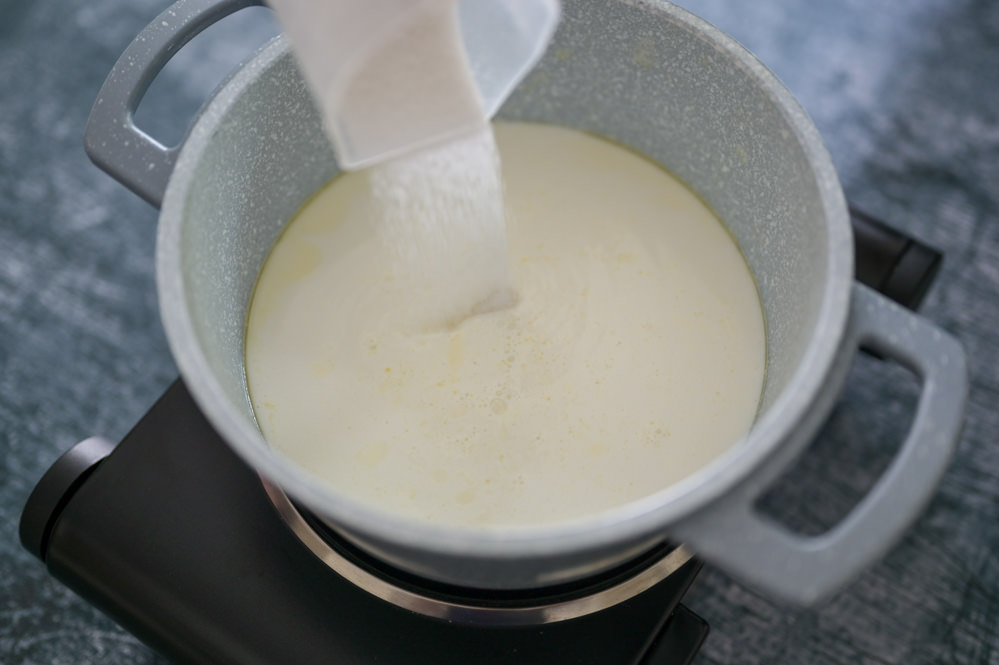 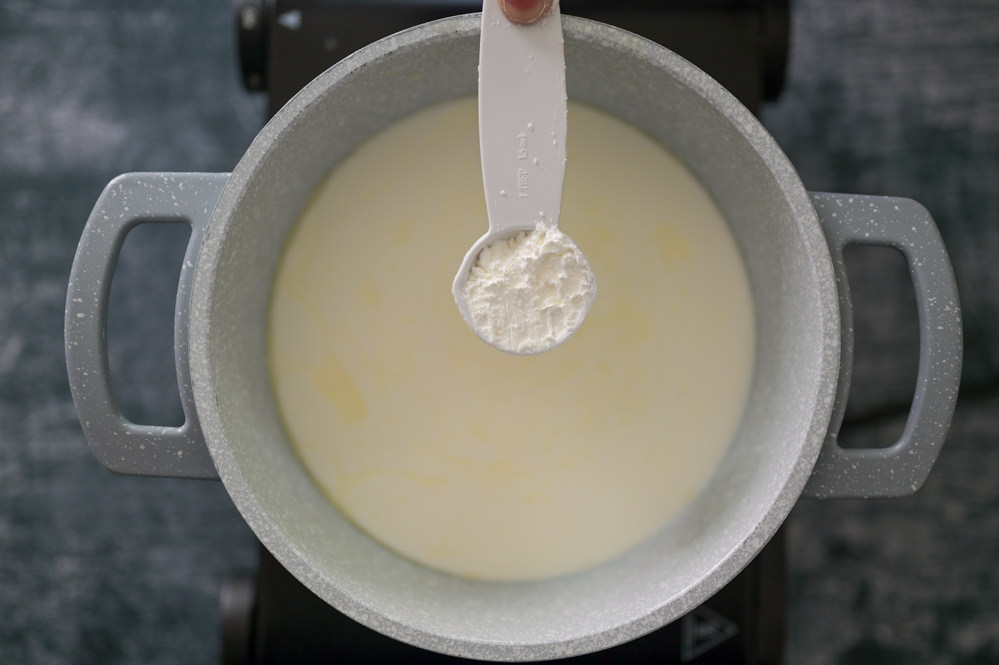 Whisk thoroughly to combine and place over a medium heat. Keep whisking as the milk mixture heats up and thickens.

Once thickened, add the rose water and orange blossom water and mix well. 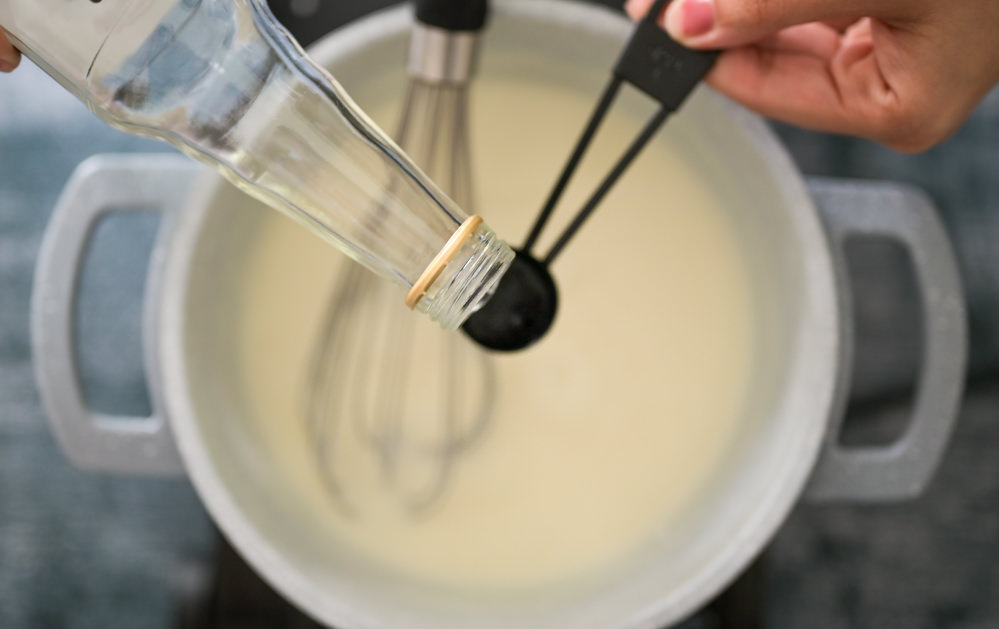 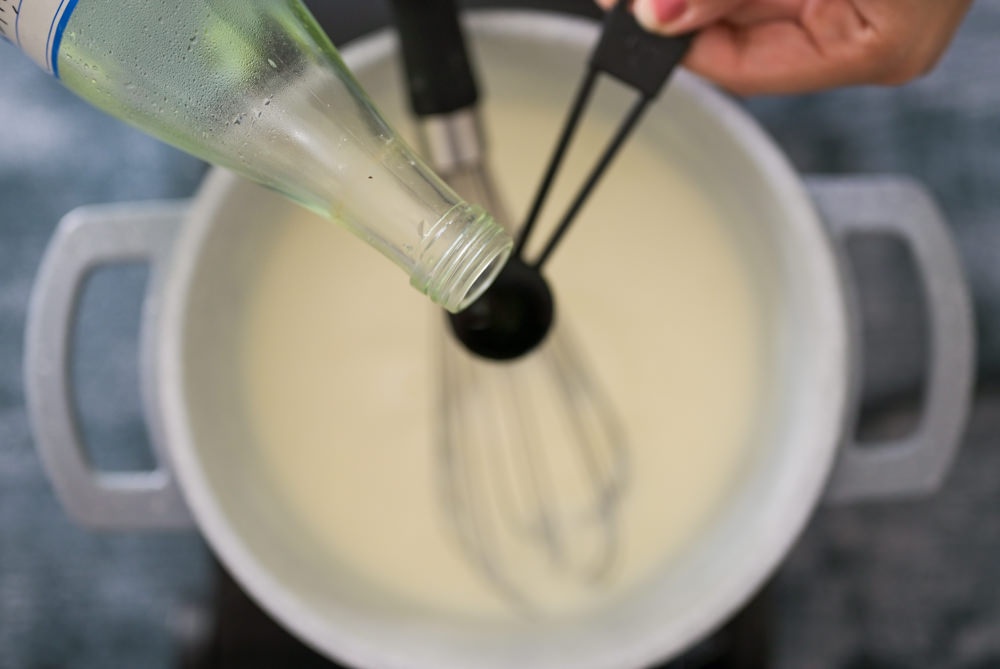 Remove from the heat and transfer ashta to a wide bowl to cool fully and thicken more. I refrigerated mine after about 10 minutes until it was time to work with it. 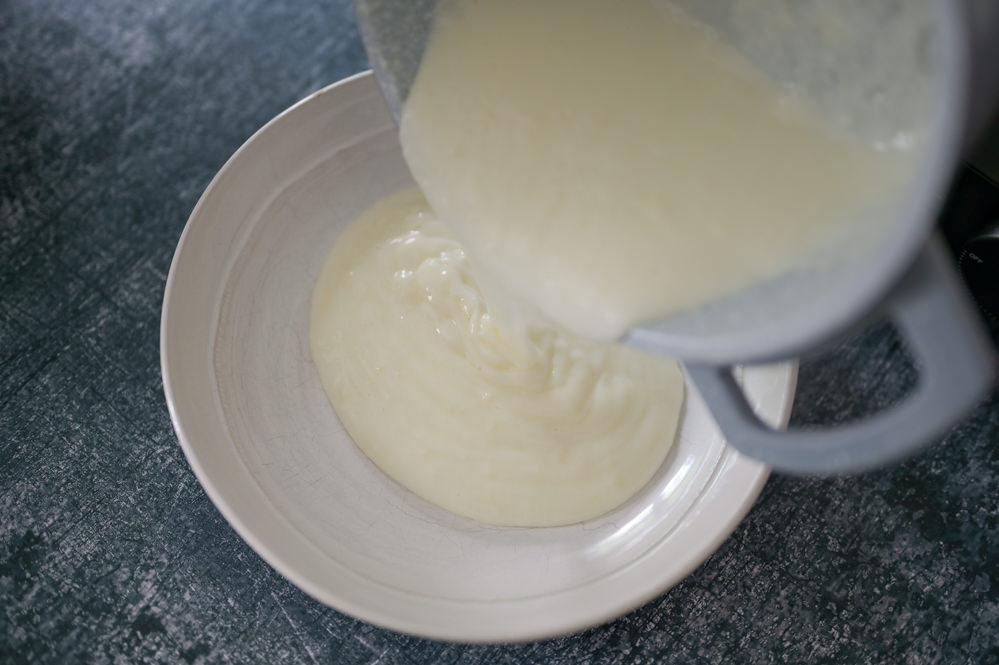 Melt the butter and set aside. 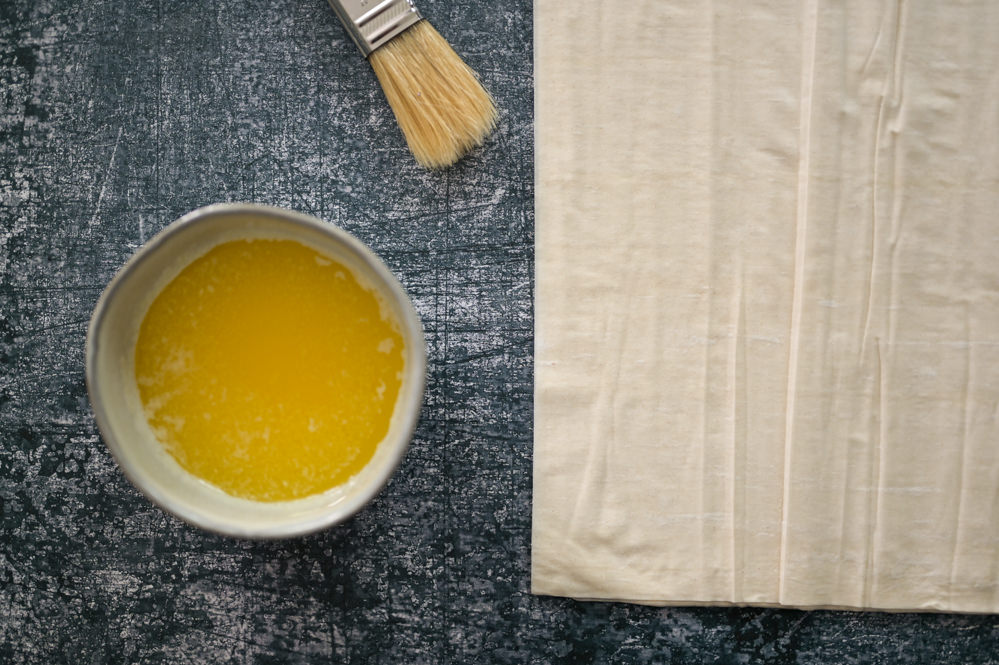 Unroll the phyllo dough and lay 1 sheet on a clean flat surface. Using a pastry brush, brush the butter all over the sheet. 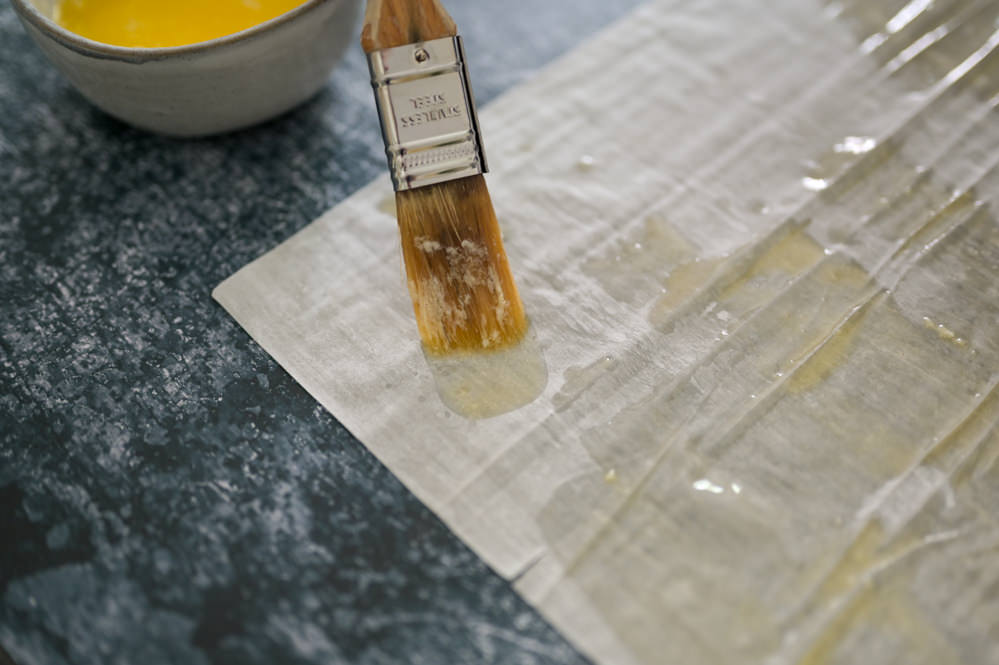 Place another sheet of phyllo on top of the buttered sheet and repeat until you have used all the sheets (about 12). 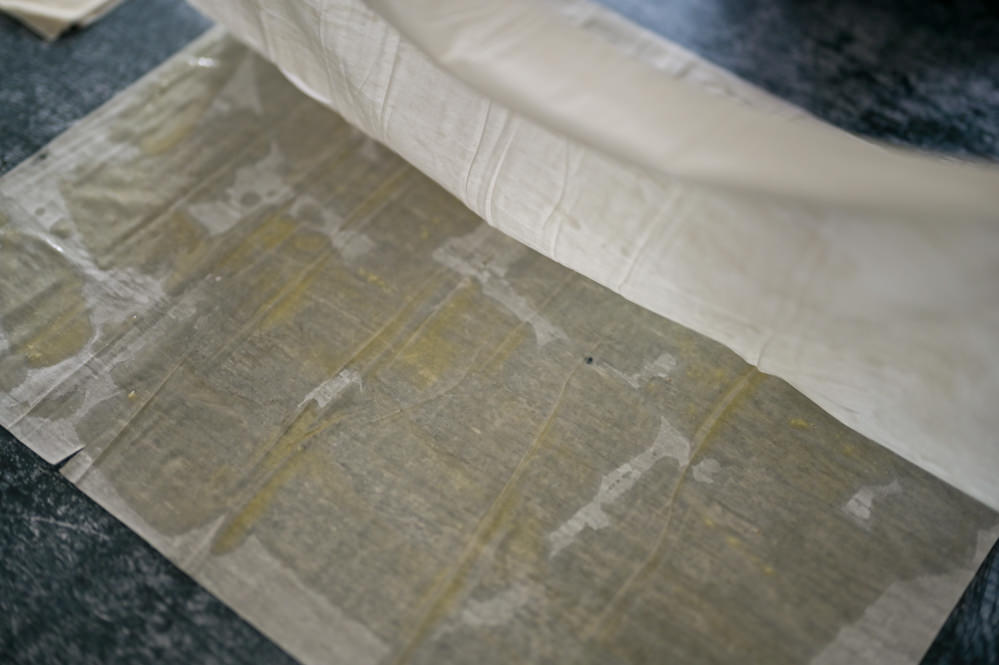 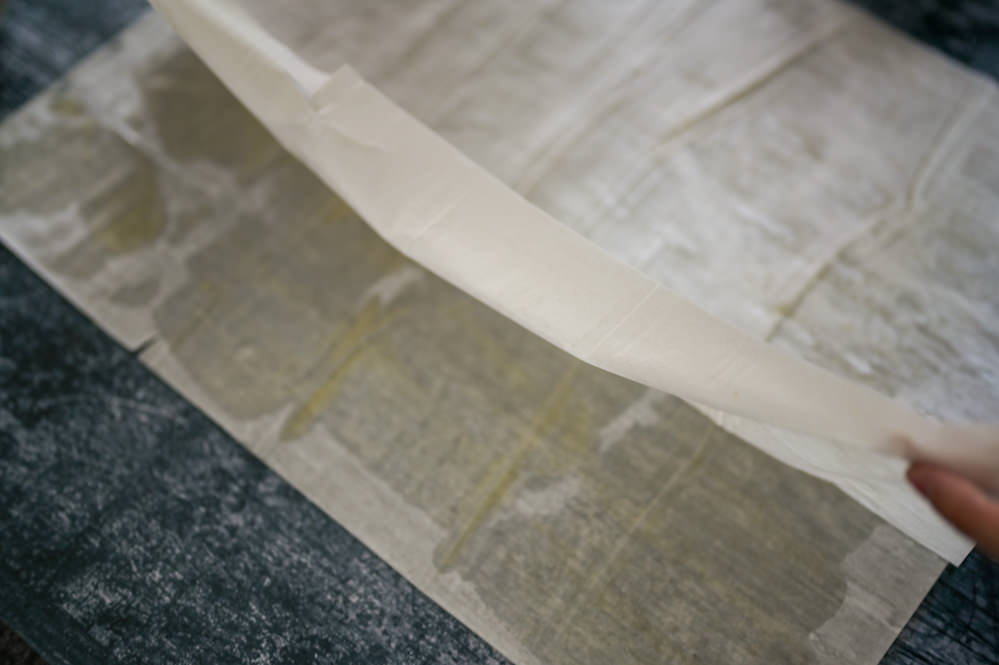 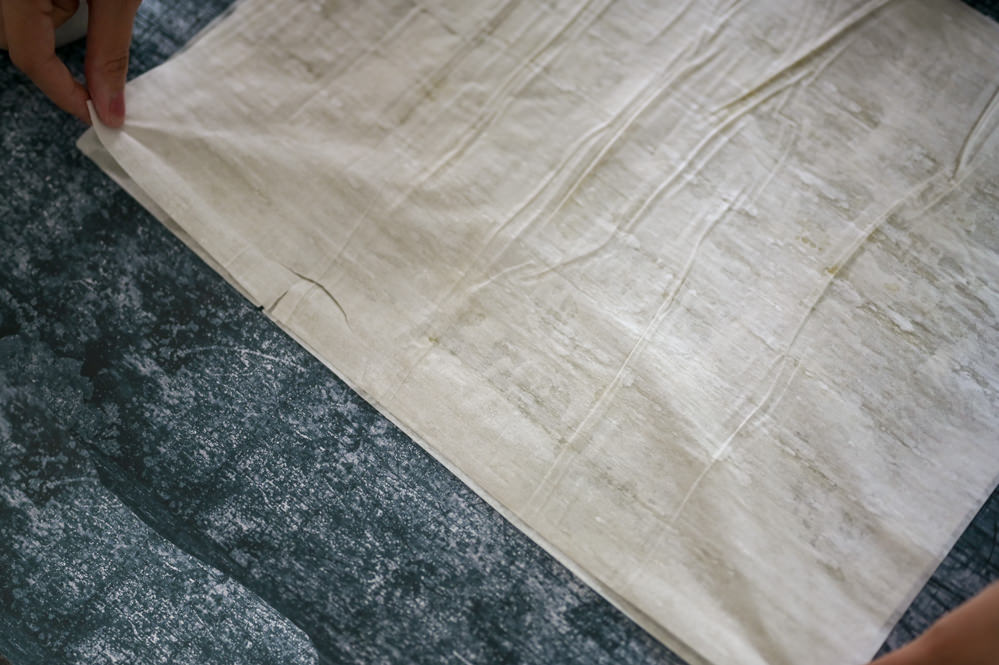 Cut the sheet into even squares. Depending on the size of your phyllo, the size of the squares may vary but, my squares were 4 inches. 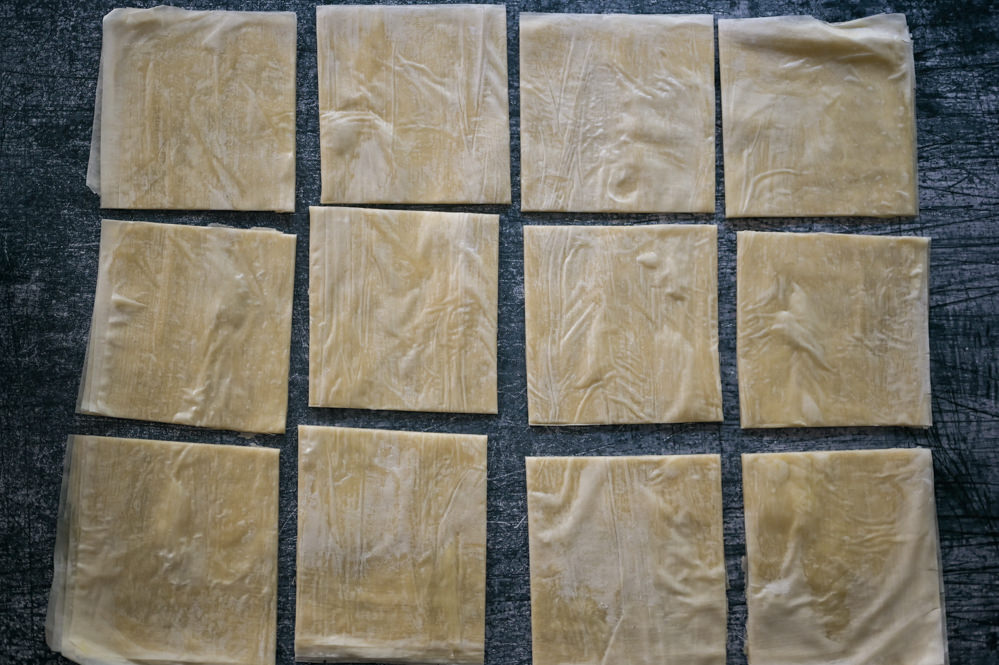 Add a full tablespoon of the ashta mixture to the middle of the square and spread over half the square (diagonally). 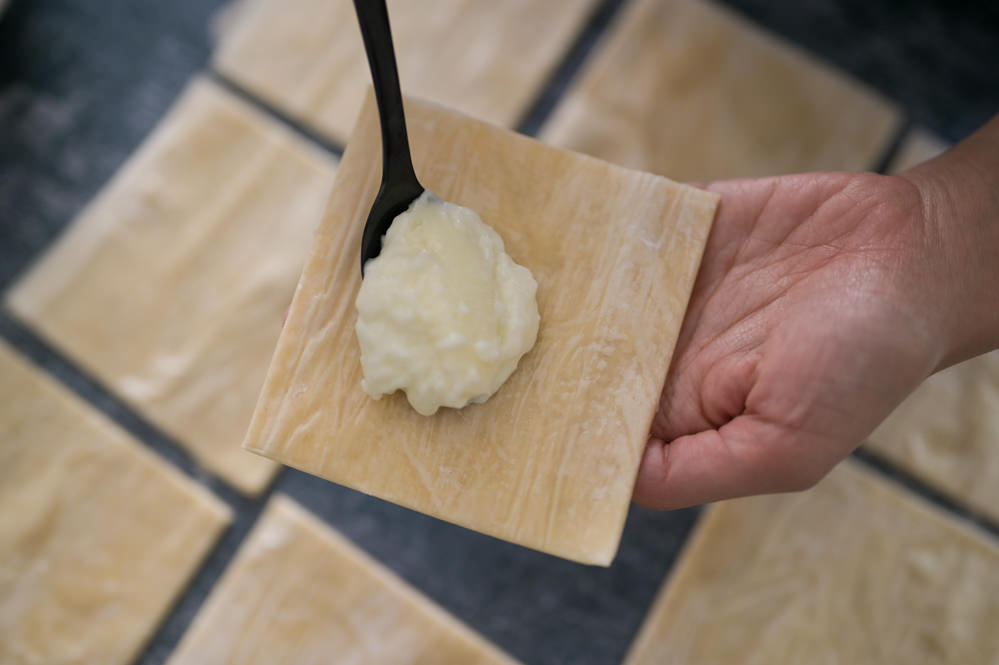 Fold over diagonally and place on a parchment-paper lined baking sheet. Repeat for all remaining dough squares. 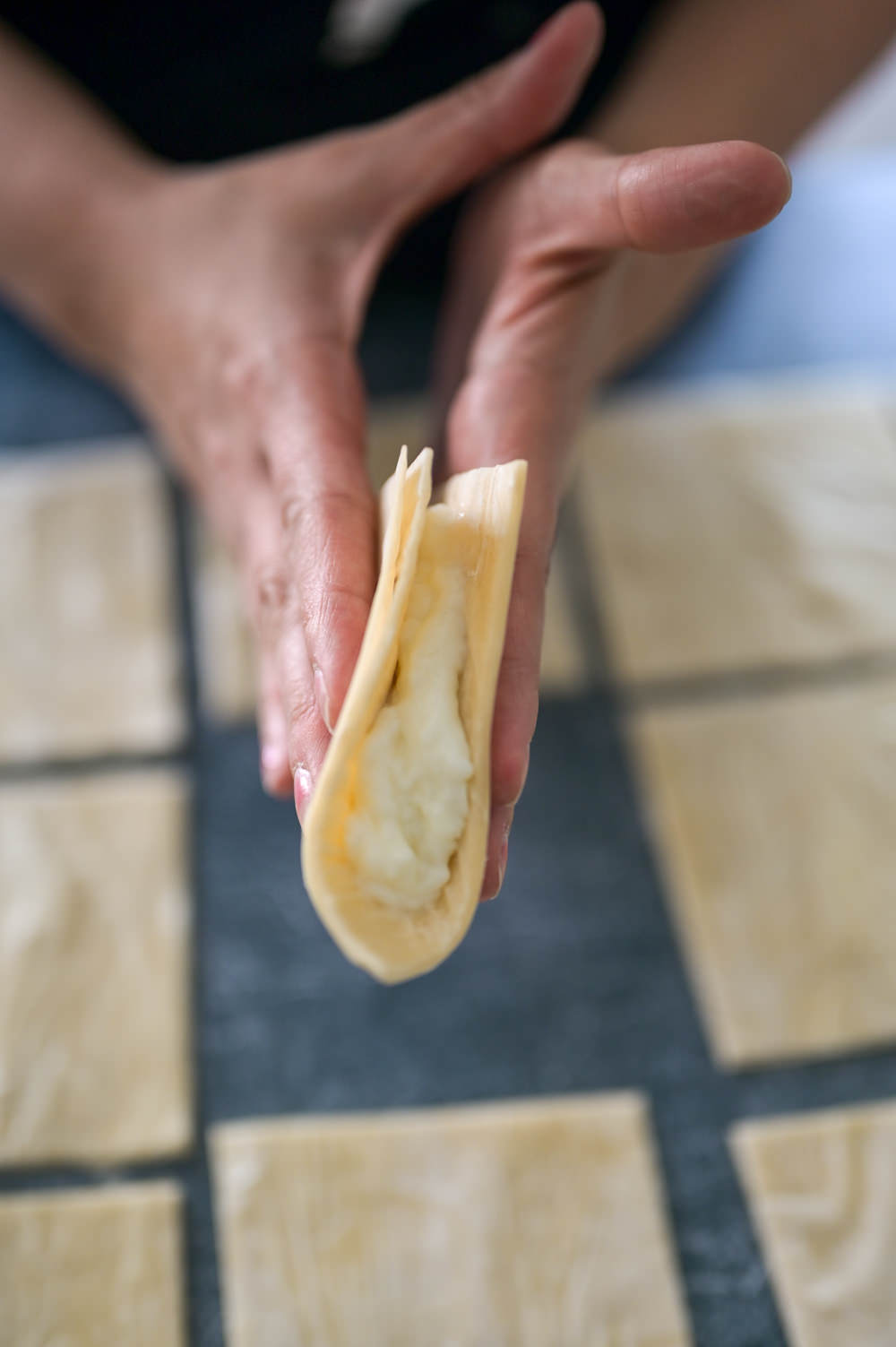 Brush the top of the shaabiyat with remaining butter (I had about 1 tb. left). Bake for 25 minutes on 375F until golden brown on top. 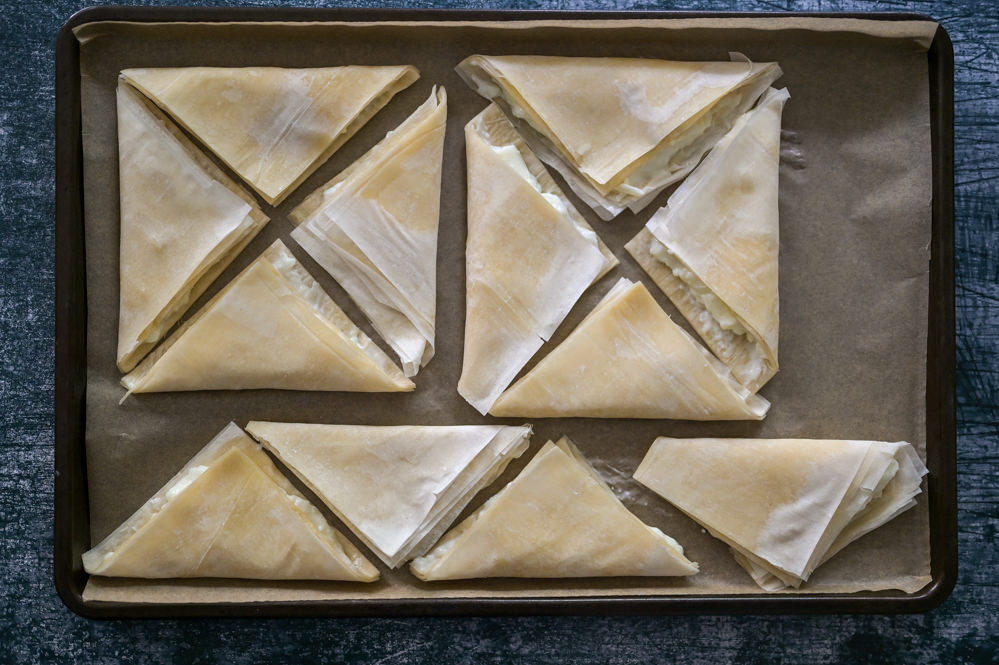 Remove from the oven and drizzle 1/3-1/2 cup of prepared attar over the shaabiyat. 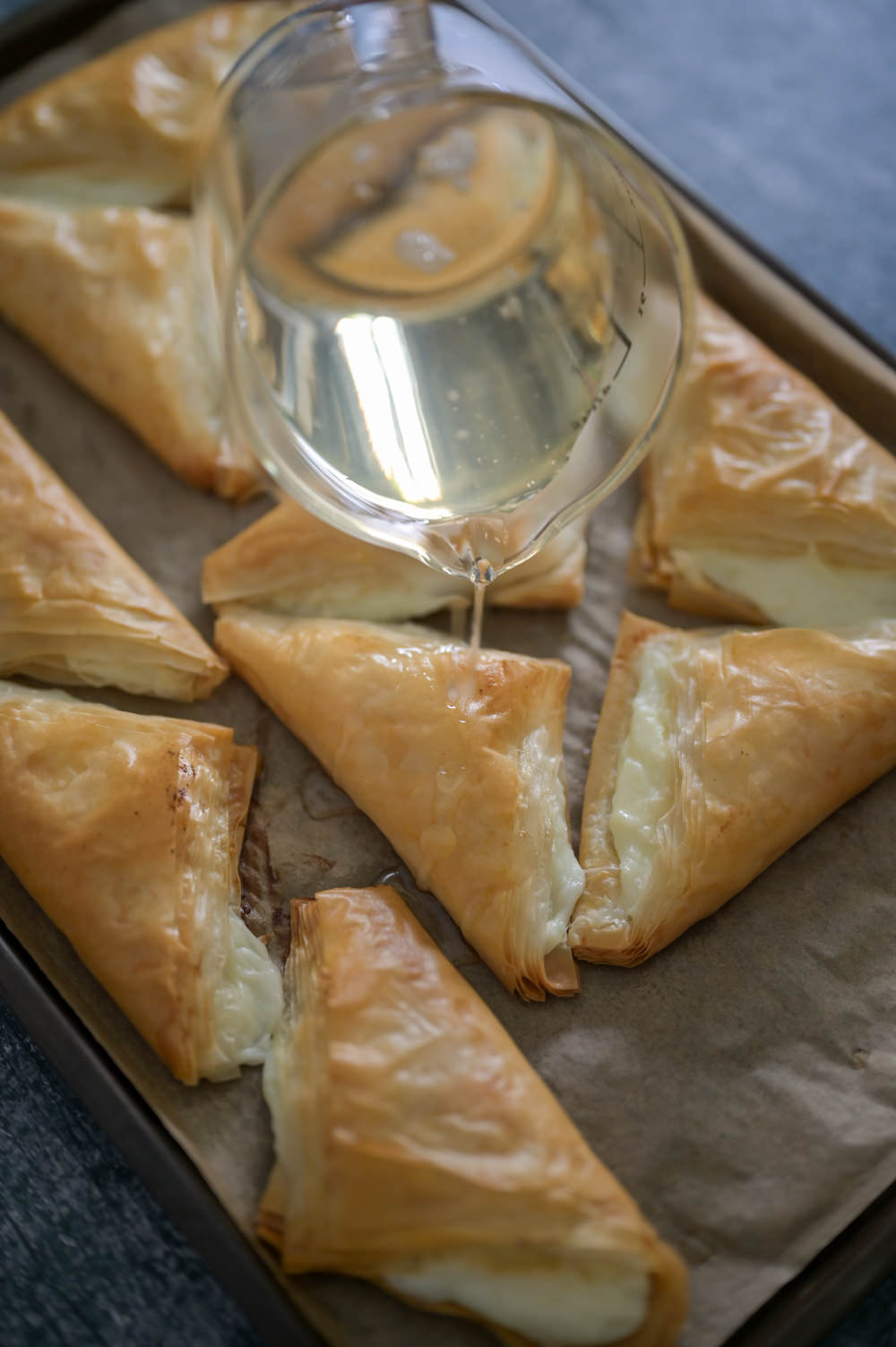 Decorate with crushed pistachios and they are ready to serve. 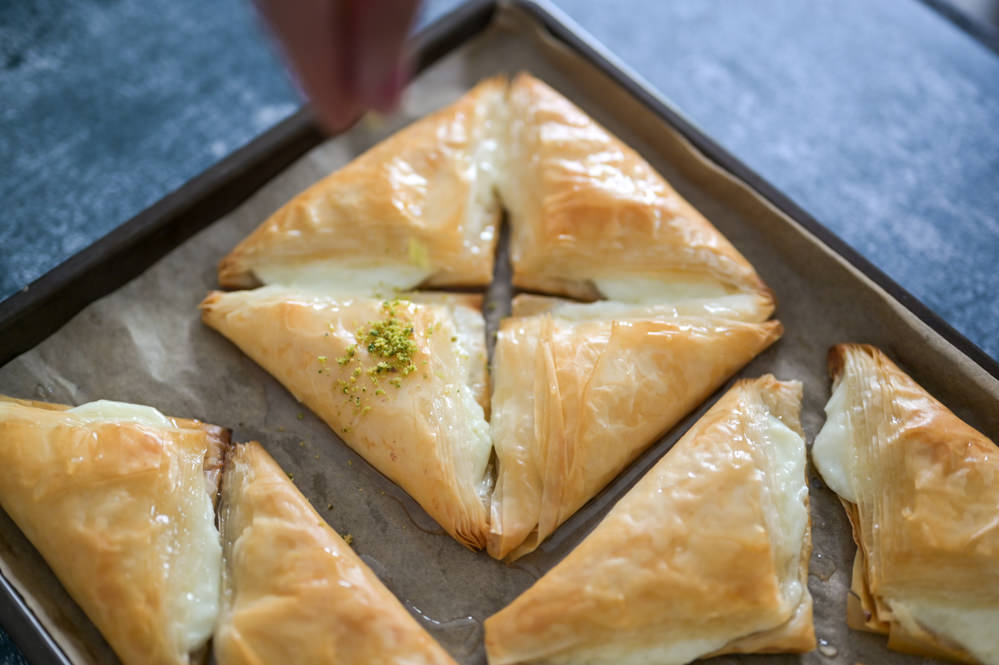 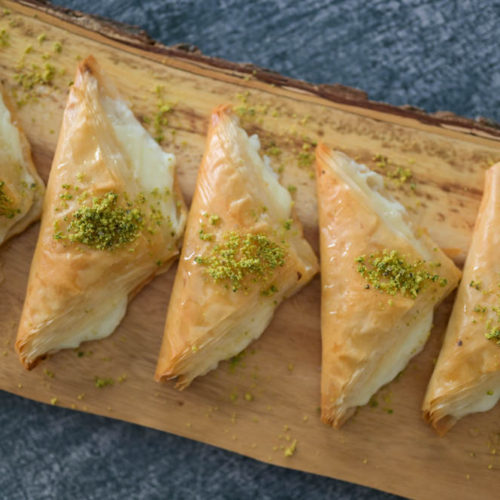