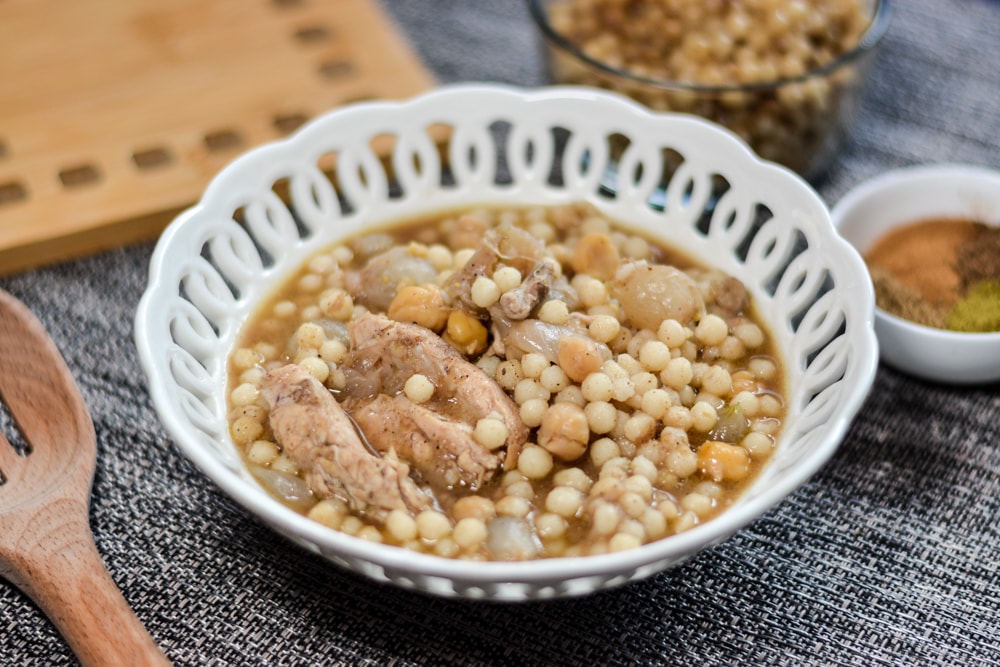 A traditional Lebanese stew of Moghrabieh pearls also known as “Lebanese Couscous,” along with chicken, chickpeas and pearl onions served with a warm cinnamon and caraway spiced chicken broth.

Moghrabieh is a traditional Lebanese dish of wheat semolina dough pearls, chick peas, onions, and chicken (or beef) in a spiced broth.

Moghrabieh literally translates to “from Morocco.” Moghrabieh is both the name of the dough pearls as well as the name of the final dish. The Moghrabieh pearls are dry, similar to pasta, and are boiled for 15-20 minutes until they are tender. I buy them from my local Middle-Eastern grocer, but they can also be found online. They are sometimes known as “Lebanese couscous” since they resemble couscous in texture and shape, just larger.

This dish is so hearty and warm from the spice mixture of cinnamon, caraway, 7 spices and cumin. It is very similar to a stew as it is eaten with the flavorful broth. Most often it is made with chicken, but it can be made with beef stew cubes or lamb with bones. I seared the chicken with a little bit of oil on both sides and then boiled it for the broth. If you were to make it with beef or lamb, I would do the same and sear the meat first and then boil it.

There are quite a few spices used in Moghrabieh. In most Middle-eastern grocery stores, and online, you can purchase the Moghrabieh spices pre-mixed. However, it is not necessary to get a pre-packaged spice mix, as the mix consists of well-known spices such as cinnamon and ground caraway which, are found in most pantries.

As for the onions, I have seen people use large onions cubed, but traditionally, the recipe calls for pearl onions. If you are not able to find them fresh, you can definitely use frozen pearl onions.

This dish is served this way because no matter how well the Moghrabieh is cooked, you will find that it keeps absorbing the liquid. As a result, combining them before serving could cause a lot of the delicious broth to disappear! Now, if you would rather eat it on the drier side, then by all means, feel free to combine before serving. As with most recipes, it is all based on personal preference.

Pat the chicken pieces dry using a paper towel. Season with 1 tsp. of salt and a pinch of 7 spices. In a large pot or Dutch oven, heat up 2 tablespoons of vegetable oil. 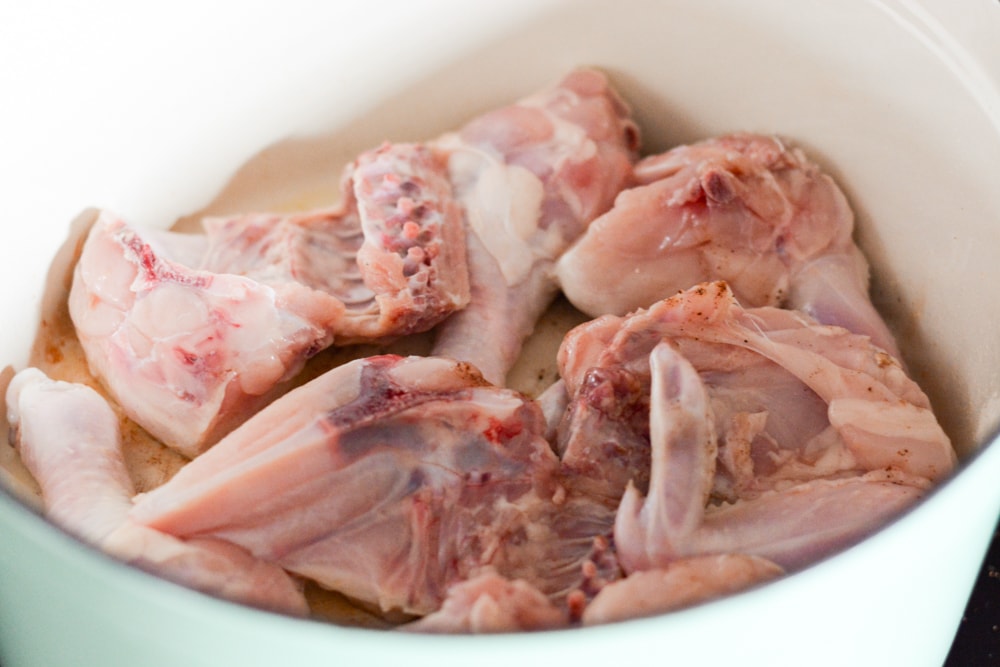 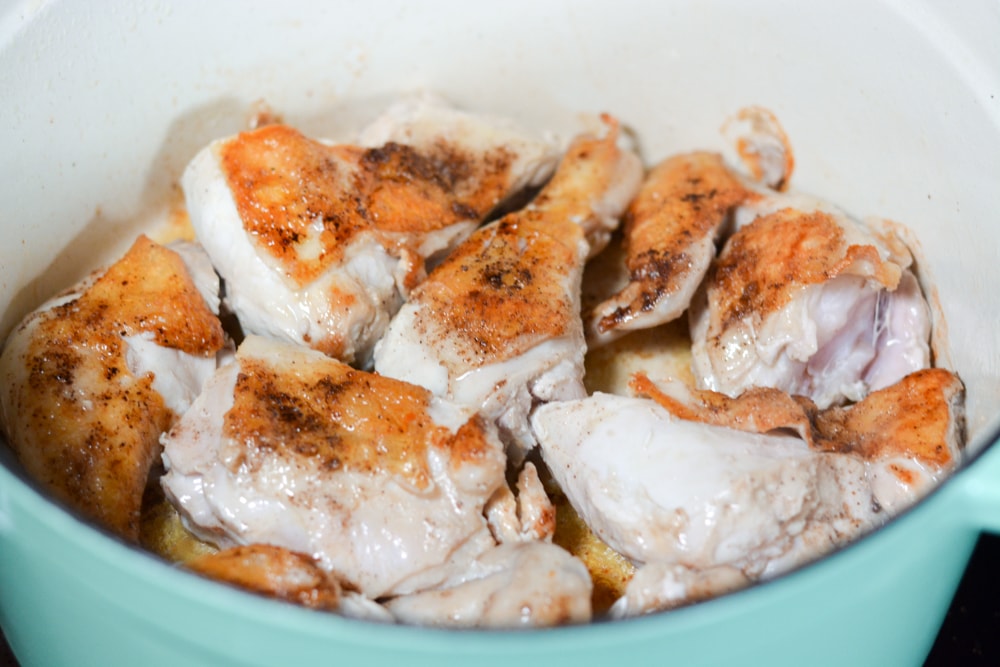 Pour 6-8 cups of water over the chicken until fully covered (depending on size of chicken and pot) and add cinnamon stick, bay leaves, cloves, salt and black pepper.

Cook for 30 minutes on medium-high heat and skim any fat that rise to the top. 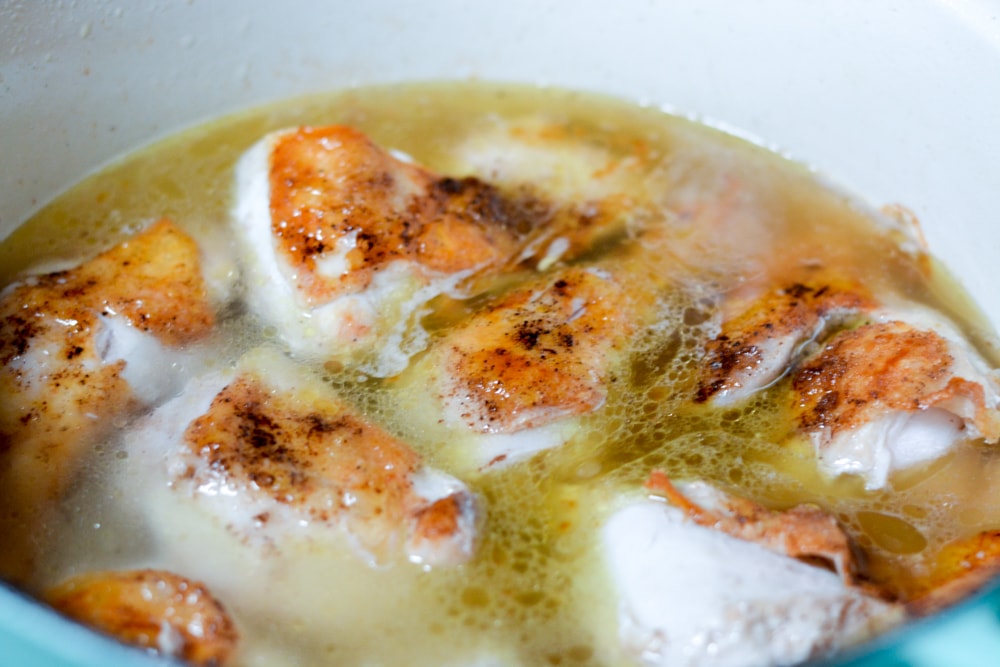 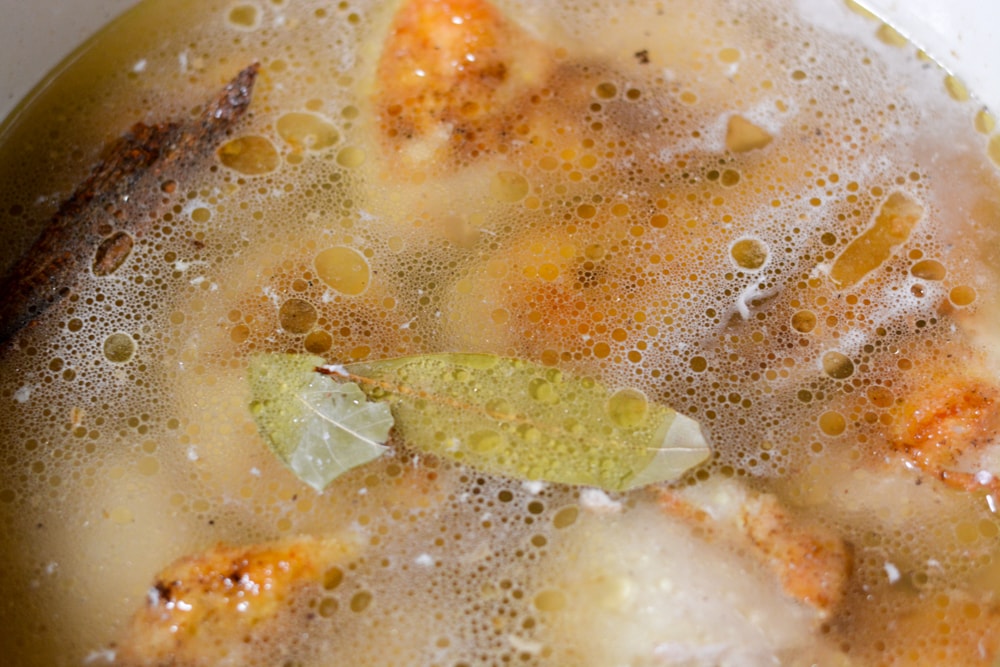 Peel the small pearl onions and add them to the chicken and broth.Cook for 15 minutes with the chicken.

Drain the chickpeas from their liquid and rinse with water. Add the drained chickpeas to the pot along with the chicken and onions.

Add about ¾ of the spice mix and mix well. Let simmer for 10 minutes. Season with a teaspoon of salt or as needed. 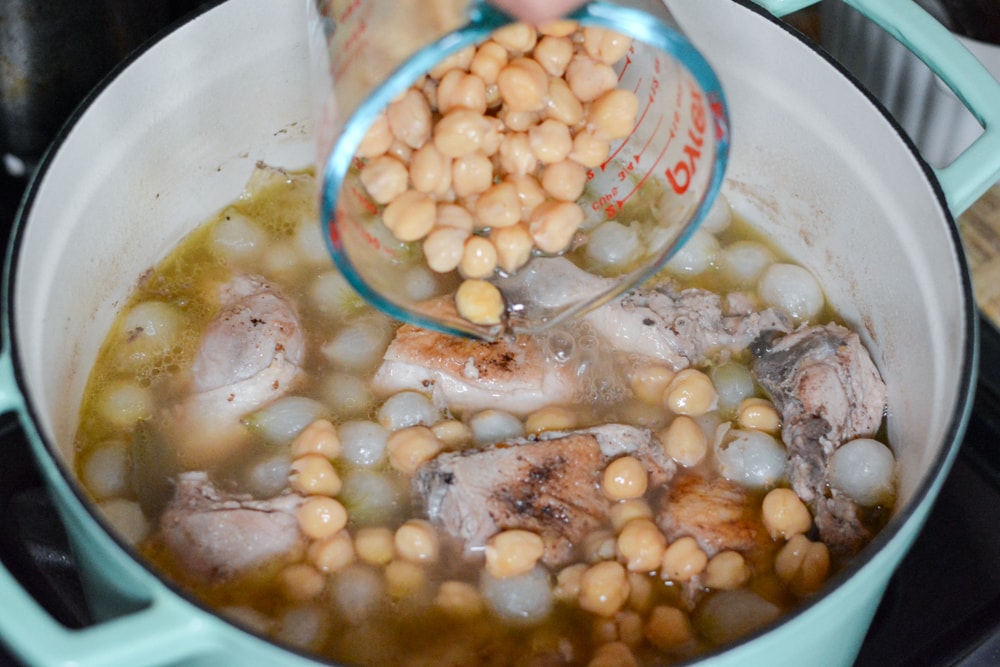 Boil a pot of water. Add the dry moghrabieh and cook until tender, about 15-20 minutes. Drain the water completely from the pot and add the butter and leftover spice mix.

On low-medium heat, sauté the boiled moghrabieh for a few minutes.

Add a few ladles of the fresh broth to the moghrabieh and let simmer on low heat for about 7-10 minutes letting the moghrabieh pearls absorb all the flavor. 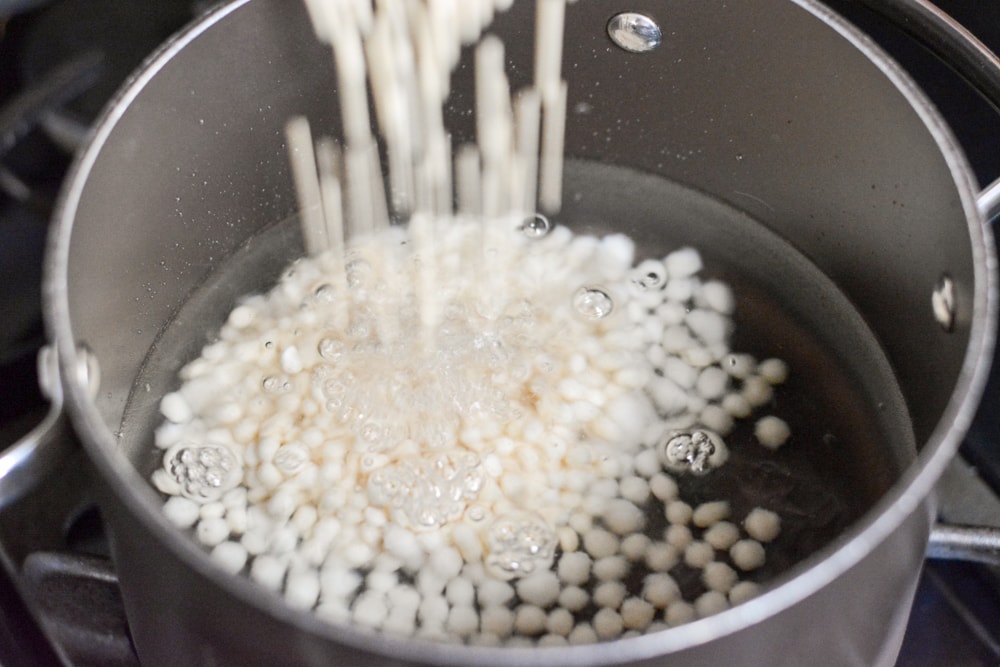 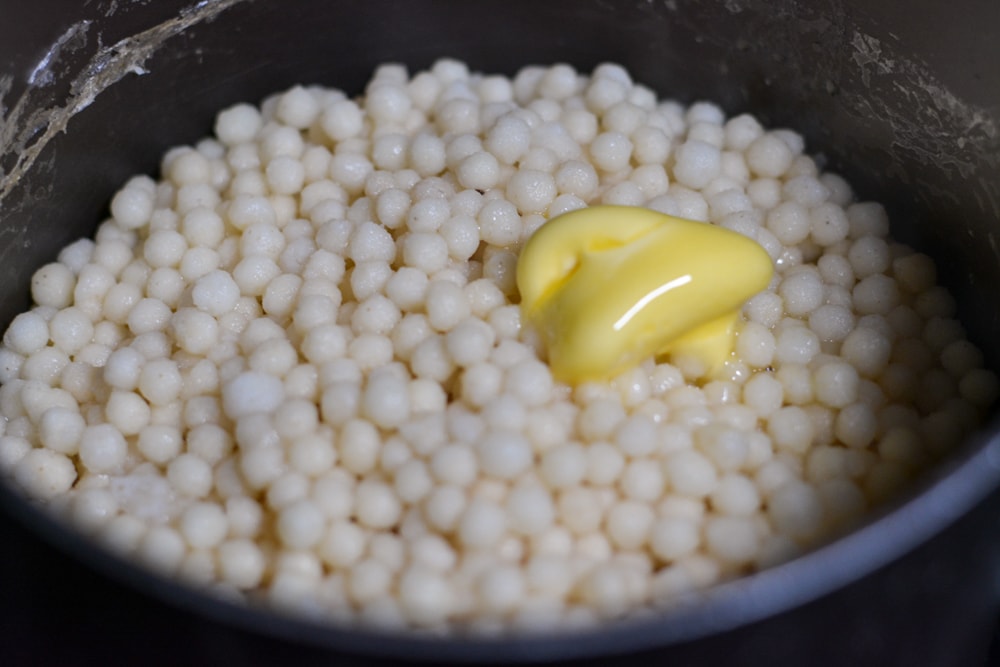 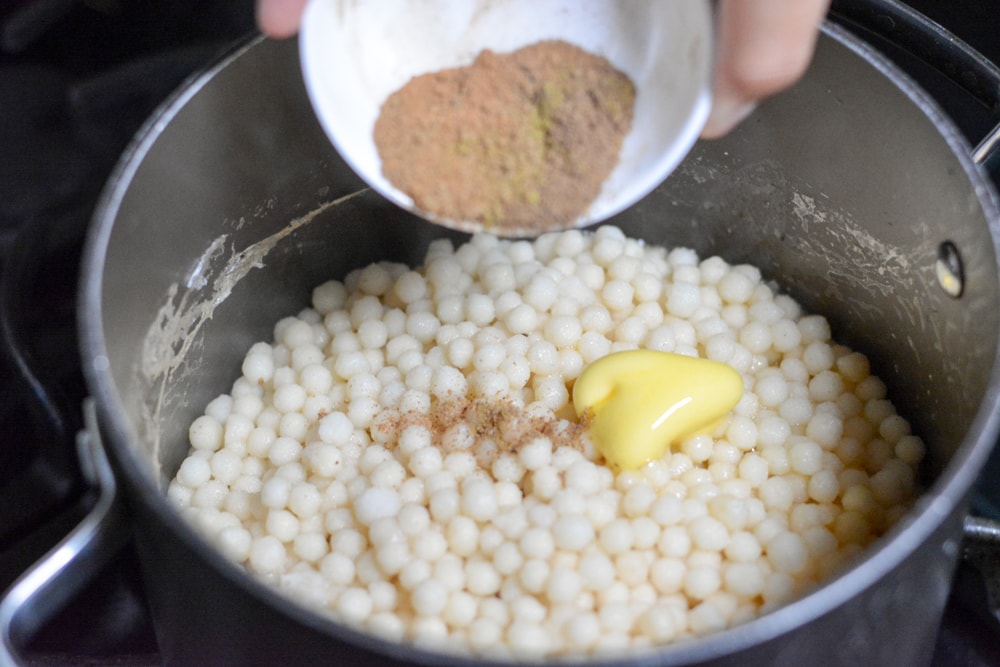 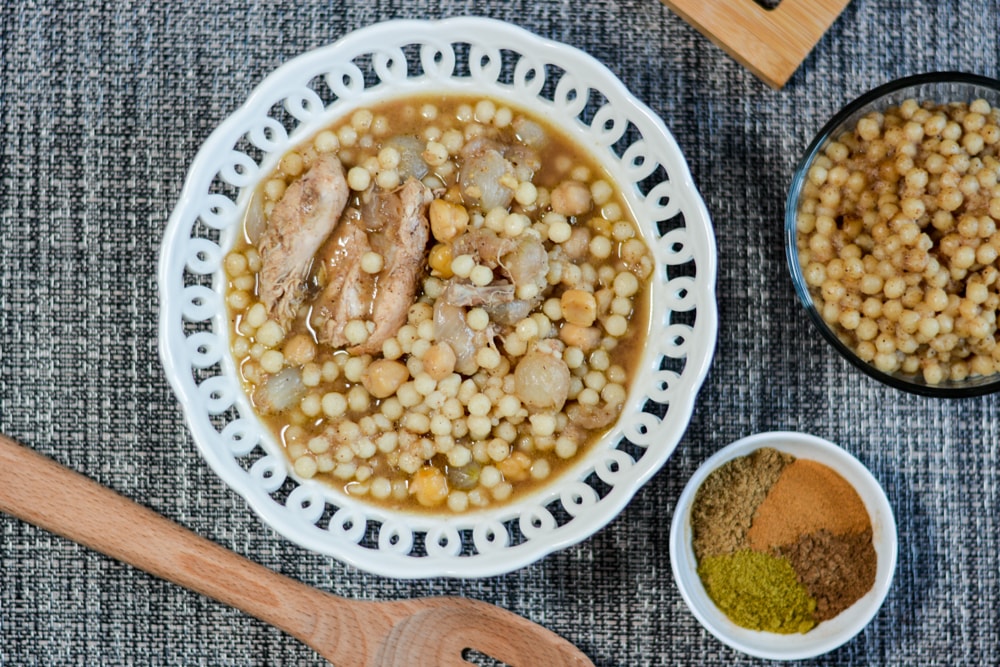 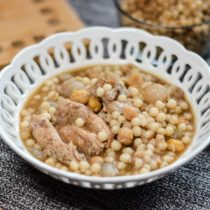